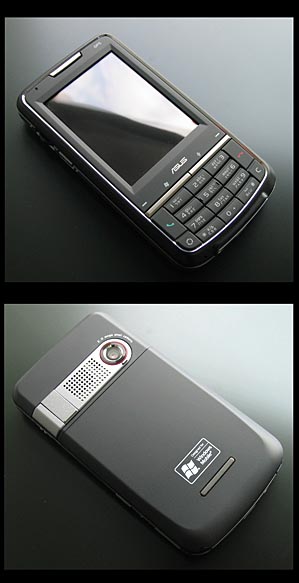 Sorry, that was pretty lame, but this new smartphone from Asus certainly isn’t lame. This beauty of a PDA phone, while it lacks a QWERTY keyboard to ease your email journeys, does pack in an integrated GPS navigation system, a classy design, and fairly large color display (possibly touchscreen). Asus is continuing to jump on the skinny bandwagon with the Pegasus, which measures just 15.4mm thick. They’ve ensured that one-handed control is nice and easy by including a jog dial on the side and a wide but short numeric keypad.

The camera features fairly prominently on the rear (it’s the only obvious feature other than the Windows Mobile insignia near the bottom), but the megapixel count has not yet been mentioned. It is also interesting to note that Pegasus was the original name for Asustek, so in some ways, this PDA phone either harkens to past or is indicating a re-birth of sorts for the company.

Now, we’re not even entirely sure how official the Asus Pegasus is, given that it was spotted on the iF Design Awards product gallery rather than from some sort of Asus press release, but it certainly seems well within the realm of possibility. Stay tuned for pricing and availability.