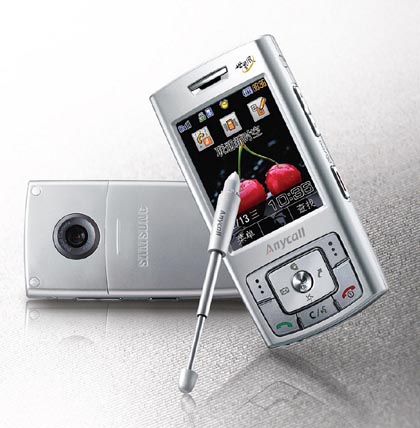 Some people prefer traditional keypads over touchscreens because you can actually feel a button being pressed, whereas with a touchscreen, that sense of confirmation just isn’t there. Immersion Corporation has apparently solved this issue by creating the VibeTonz System. In a nutshell, it provides tactile feedback for touchscreen presses, and the first phone to make use of this technology is the wholly-touchscreen based Samsung SCH-W559.

Immersion’s VibeTonz system is designed to make “touchscreen-displayed buttons to feel more like mechanical keys. VibeTonz tactile feedback can also help improve usability in situations where controls are obscured by fingers or washed out by glare.” I’m not exactly sure what sort of tactile feedback they’re talking about, but my best guess has the phone mildly vibrating with each touch. They predict that up to 40% of phones will use some form of touch sensitive technology by 2012, and they hope that VibeTonz can play an integral role in that development.

The Samsung SCH-W559 — which appears similar to the SGH-E890 — is currently available through China Unicom and can work on both CDMA and GSM-based networks.