They haven’t exactly set a date as to when they plan on shipping the entry-level Bimmer across the Atlantic, but we have a pretty good idea what it’ll look like. BMW has just revealed the new 2007/2008 1-Series three-door hatchback. For the people of Europe, there are five different engine options to choose from, but I have a feeling the selection will be a little more limited when it heads to the States.

The styling is distinctly BMW, complete with sidemarkers, the trademark projector headlight assemblies, and some rather silky smooth lines. As far as technology is concerned, just because it’s an entry-level hatchback doesn’t mean that this three-door comes up short. It’ll come equipped with Brake Energy Regeneration, Electric Power Steering, variable valve technologies, and High-Precision Direct Injection. 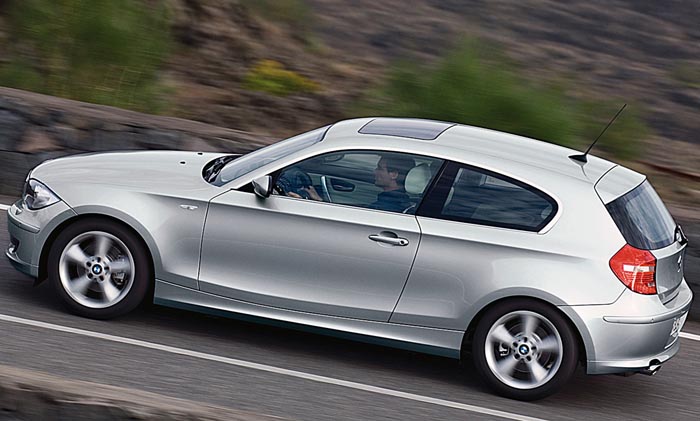