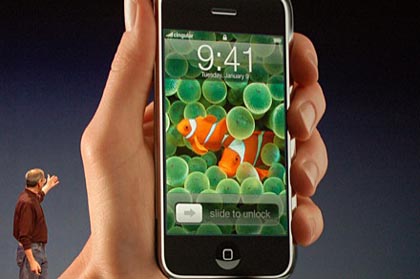 I think that I can’t help but go against the grain here and say that the iPhone will not be the resounding success that Apple is saying it will be, at least not at first. I’m not saying that it is a bad product (though others may say that it sucks), but what I am going to say is that it will cost too much for the average person to own and fully enjoy.

It took Apple several generations to really push the iPod into the mainstream, and while the glossy players are not exactly the least expensive offerings in the marketplace, they own a solid 75% of the segment. Apple is better established as a brand now than they were five years ago, so the iPhone is certainly garnering more attention, but I think to fully enjoy the iPhone, you need to opt for lots of wireless data, and that’s where it’ll get terribly expensive. After all, you’ll want that wireless web, mobile email, and streaming audio/video, won’t you? You can easily run your monthly bill into the triple digits doing that.

The majority of BlackBerry users have their addiction either subsidized or paid in full by their employers, because RIM’s device (or a Palm Treo, HTC, or other PDA phone) is used primarily as a business tool. The iPhone is not. And let’s not forget that the $499/$599 price points for the 4GB and 8GB variations already include the rebate you’ll be receiving for signing a two-year agreement with Cingular AT&T. Who knows how much it’ll cost you to buy one outright? What if it breaks and you need a replacement?

I anticipate that future iterations of the iPhone will be more successful, especially if wireless data rates take fairly substantial drops over the next few years. But by then, Apple may have to compete against the ZunePhone.