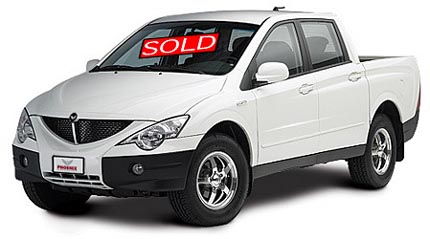 Remember the Sport Utility Truck by Phoenix Motorcars that we told you about earlier this month? Well, it turns out that there is quite the significant demand for full-electric pickup trucks, as Phoenix has already taken orders for 75 of the cargo haulers in less than half a month. Their original goal was to sell 500 by year’s end, but if they keep up this sort of pace, they’ll destroy that goal and then some.

To recap, the Phoenix Motorcars Sport Utility Truck (SUT, for short) doesn’t require any fossil fuel whatsoever. Instead, it is 100% fully electric and unlike so many other electric vehicles before it, this truck has got massive torque, 480 lbs-ft of it in fact. Inside the cabin, you’ll find room for seven passengers, and the bed in the back gives you enough room to haul around a decent amount of heavy cargo too.

They didn’t mention any of the buyers by name — the Ontario-based company just said that they sold to “several utility companies and municipalities — but now you’ve got to wonder if their supply can keep up with the demand.