Well, lookie what we have here. If it isn’t the Mini Clubman with not very much camouflage, cruising around on a test drive for all to see. Expected to make its official debut at the Geneva Motor Show in a few months, the Mini Clubman takes the Mini mentality and stretches it out just a bit to add some extra versatility. You’ll notice that on the passenger’s side, there’s an extra rear-hinged suicide door providing access to the back seats, whereas on the driver’s side, there’s just the single door providing access to, well, the driver’s seat.

The front grille, headlights, side mirrors, roofline and so on are all distinctly Mini, so they’ve done a great job in maintaining the same kind of look and feel as its smaller Cooper cousins. The tail lights are still pretty heavily disguised, so we’re not entirely sure how those will look, but what we can see are a pair of doors in the back hatch with a very distinct cut down the middle. I don’t know about you, but this reminds me a little too much of a cargo van, and I hope they ditch this idea for the stretched-out production model. 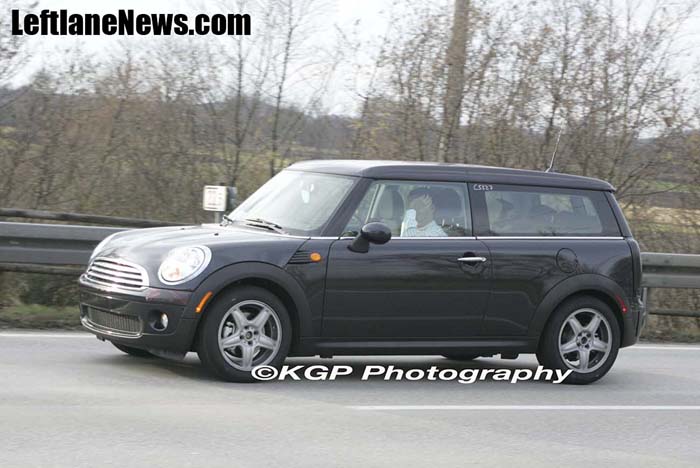