Here’s an interesting little tidbit for you to chew on the next time you think about picking up a slim QWERTY-ified smartphone. The i-mate JAQ3, built by TechFaith and not by HTC, is apparently headed to the United States. When we first heard about the JAQ3 a couple of months ago, the internet rumbling had it as a Middle East exclusive. Not so anymore.

Powered by Windows Mobile, this beauty of a smartphone in jet black features a 2.0 megapixel camera, microSD expansion, Bluetooth with A2DP, 128MB ROM, 64MB RAM, and a 2.4-inch landscape-oriented touchscreen. There doesn’t appear to be any 3G included in the package but with 802.11b/g WiFi, you’ve got to wonder if this will be heading Cingular’s way.

No word on pricing, but they’re reporting a launch “by the end of January.” 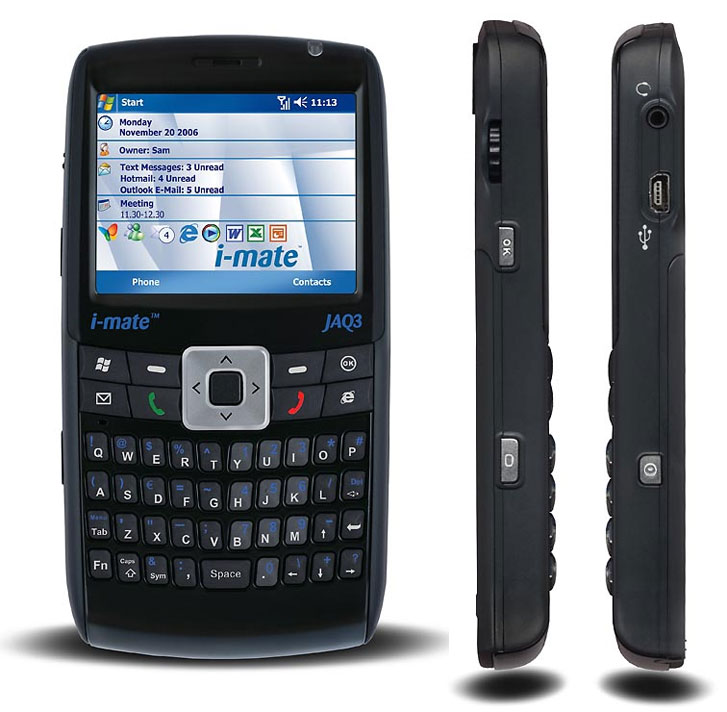