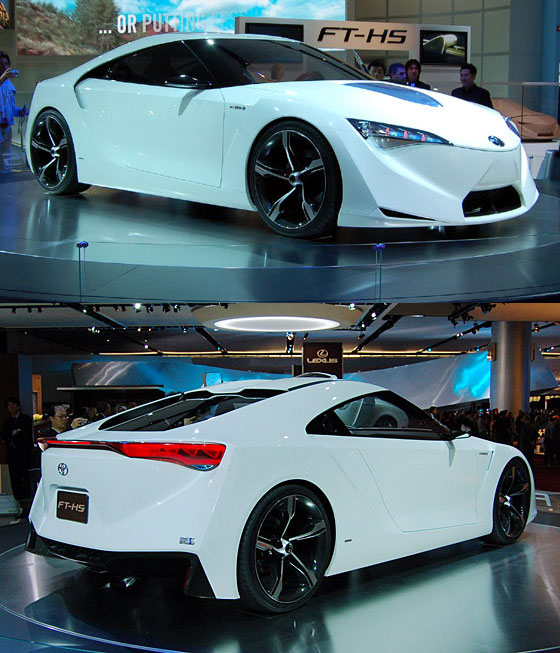 According to Toyota representatives at the Detroit Auto Show, the answer is no, but that’s not to say that the FT-HS should be ignored. Where else can you find a 400hp hybrid sports car that is near production ready? And lets not forget just how damn sexy this 2+2 coupe looks and how remarkably similar it is to the Lexus LF-A Supercar.

It’s still a concept vehicle, but many of its elements don’t seem all that far out there, indicating that the FT-HS could be pretty close to production-ready. Its overall profile reminds me a Nissan 350Z, but under the hood, it’s a completely different story. This front-engined, rear-wheel-drive sports car boasts a hybrid 3.5L V6, supposedly good for more than 400 horsepower. They haven’t tracked it yet, but they estimate a 0-60mph time in the four second range.

The telescopic hubless steering wheel is pretty darn cool-looking too.