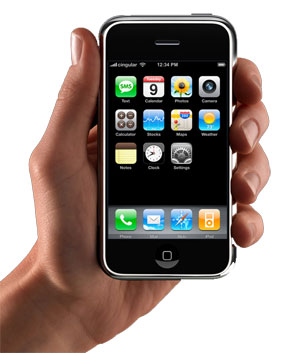 Rebecca Runkle disagreed with Rose on several points, so let’s see how she did. The Morgan Stanley analyst also told us that the iPhone would come in 4GB and 8GB flavors, but she said that they would cost $599 and $649 respectively. A little off there. Moreover, she told us that the Apple iPhone wold be fuller in the waist than the nano and that it’ll have a 3.5-inch color display. Both of these points are correct of course. I have yet to see the “multi-colored aluminum shells like the Nano” though.