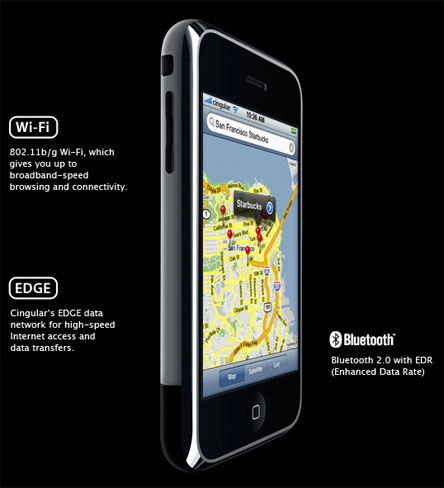 What would you say is the single most defining factor of a smartphone? Many would cite user installable apps, and the iPhone does not have this ability (or so it seems). Sure, it can handle the internet with Safari, music and videos with iTunes, and Office things with Documents To Go, but what if you wanted to insert your own games or something? No such luck, apparently.

This is in contrast to earlier reports (from Apple no less) that the Apple iPhone runs on OS X. If you can’t plunk in your own applications, then that would mean that the handset runs a “stripped-down version of the operating system” instead. Like, what if you wanted to run Skype on this bad boy? It’s already got WiFi, so all it’d need is the software, right?

Far from being confirmed, but that’s the current word on the street.