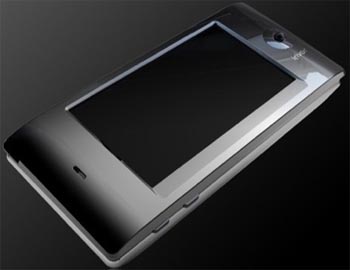 Think of it as geocaching with music.

The iriver W10 portable media player has Wi-Fi capabilities and location awareness, enabling urban explorers to navigate from place to place seamlessly while being entertained by audio, video, and all manner of other media. The PMP uses Skyhook Wireless’s Wi-Fi Positioning System to achieve more accurate location resonance than GPS or cell tower can deliver, both indoors and in dense urban areas. As with other products of its ilk, the W10 comes pre-loaded with tons of Points of Interest, including ATMs, banks, tourist sites, and even transit stops. Sounds like something they’d use on The Amazing Race.

iriver is known for its portable media players, which can deliver audio and video in a handy package. The W10, announced at CES, adds accurate location-based data to that package.

You’ll have to wait a bit for this one. It won’t be in the U.S. until April. We hope to have pricing by then.