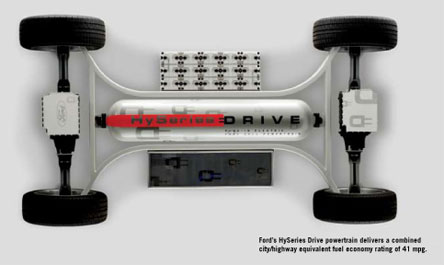 Hybrid vehicles are really getting good press these days. Not long ago, we told you that they would pay for themselves in the long run. The Detroit Auto Show is full of the most recent hybrids, from companies all across the board. Now comes a study concluding that hybrids will cost less than traditional cars over the long haul. That’s something that we kind of expected all along, but now we have data to back it up.

Specifically, the survey, by IntelliChoice.com, found that the 22 hybrids on the market today cost their owners less than other vehicles in the same class. The benchmarks were five years or 70,000 miles, and the hybrids scored better in the all-important Total Cost of Ownership (TCO) category than their petrol-only competitors.

The Toyota Prius, the darling of the hybrid world, scored the highest, light-years ahead of Number 2 Honda Civic, with a five-year actual cost of just US$19,897, compared with an expected cost of US$33,305. Honda’s Civic actually finished second and third, with the straight hybrid finishing just ahead of the hybrid with navigation. The Civic figures were US$23,268 and US$24,891, respectively, compared to US$31,595 and US$32,483.

The 2WD Toyota highlander and the 2WD Lexus RX 400h rounded out the top five. Just making the Top 10 was the 2WD Ford Escape.