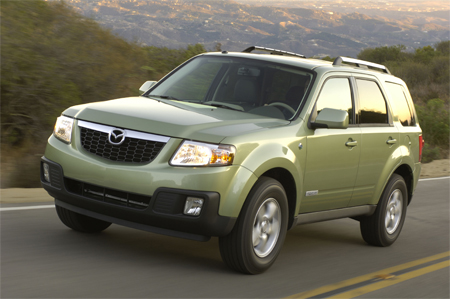 It’s getting difficult to identify the players without a scorecard these days. It used to be that the words SUV and hybrid would never appear in the same sentence together, unless they were being contrasted as polar opposites. Now, SUV hybrids are all the rage.

Mazda is yet another to have jumped on that bandwagon, adding the Tribute hybrid SUV to its 2008 lineup, as shown off at the Detroit Auto Show. The big number here is 25, which is the number of mph you can achieve on battery power alone. That might not sound like much, but it’s a significant amount if you’re stuck in bumper-to-bumper commuter traffic. That kind of performance multiplied a thousandfold would go a long way toward reducing emissions across the global board.

The engine is a 2.3-liter, 4-cylinder job that gives you 133hp paired with a 94hp electric traction motor. Your environmentally friendly battery pack runs on 330 volts of nickel metal hydride. The transition between the two is said to be seamless. An onboard system controller shuts down the engine when the vehicle is idle and charges the battery during braking.

Since this is the breathless sort of announcement, we don’t have pricing or availability yet. 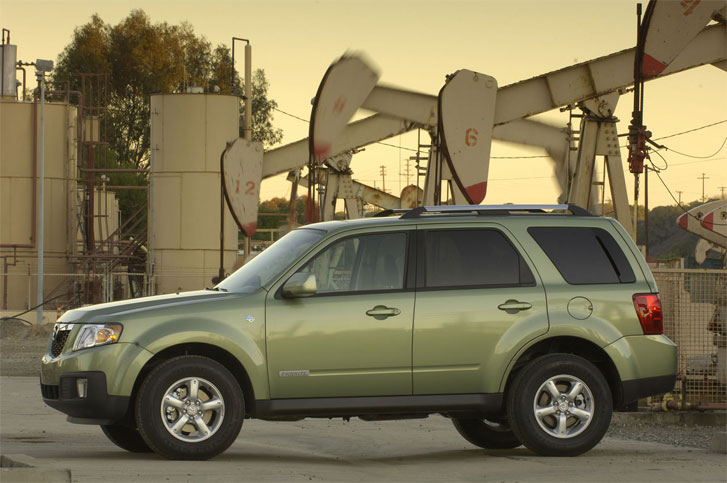