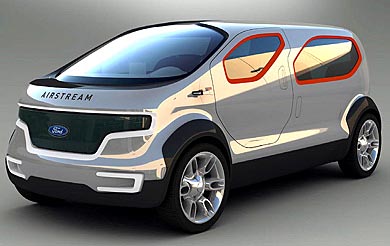 The minivan may be dead to Ford, but they’re not opposed to creating a somewhat boxy people-mover. Especially when it’s all shiny like an old school toaster. The futuristic Airstream concept does not belong in a trailer park. Instead, with its plug-in hydrogen hybrid fuel cell powertrain, it’s got to hit the open road, getting a few stares along the way.

Key features include a floating instrument panel, dual-view information panels, and four-point safety belts. The “pod-shaped swivelling captain’s chairs” are great for conversations on the side of the road, whereas the spacious “entertainment lounge” in the back is great for watching movies and playing games, particularly with the 360-degree screen in full deployment. The gullwing doors are pretty cool too.

The design is certainly a little out there, but maybe that is indicative of Ford’s “way forward.” 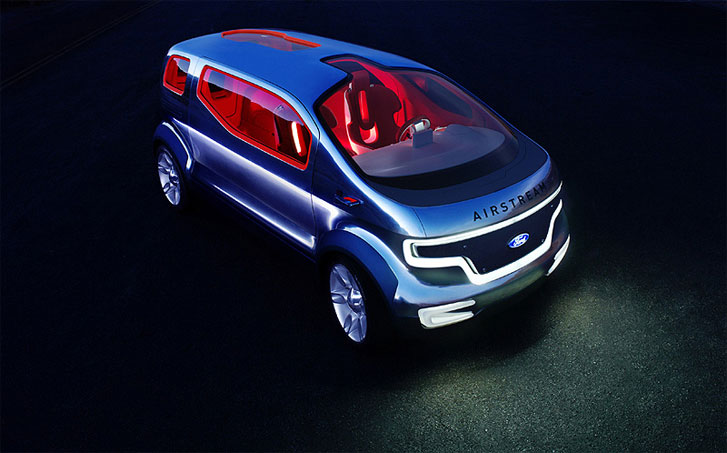