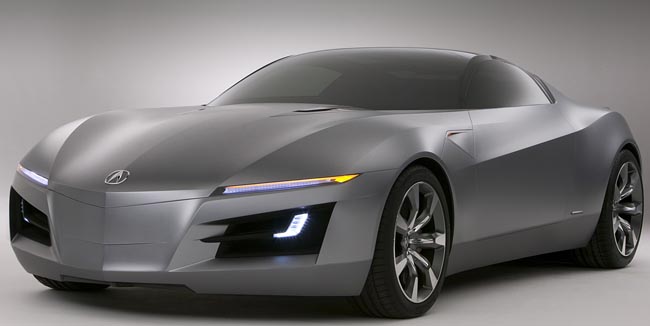 Every auto manufacturer needs a halo car, and you can’t really go wrong by placing a high-end sports car in that seat. Acura once boasted the legendary NSX, and we’ve been all anxiously awaiting its successor. We may very well be looking at it right now.

Officially unveiled by Honda yesterday, the Acura Advanced Sports Car concept is one beefy car, powered by a front-mounted V10 engine good for an undisclosed number of horses. As it is a high-end sports car, it’s not front-wheel-drive like most of Acura’s lineup. Instead, they’ve taken the base architecture from their Super Handling All-Wheel-Drive (SH-AWD) and converted it to rear-wheel-drive.

Its appearance is similar to the Acura Advanced Sedan we saw in Los Angeles a couple of months ago. It’s exotic, it comes with advanced technology (hence its namesake), and it is designed to elicit “strong emotion.” Look for the production NSx — based heavily on this concept — to be unveiled in Tokyo in the fall.