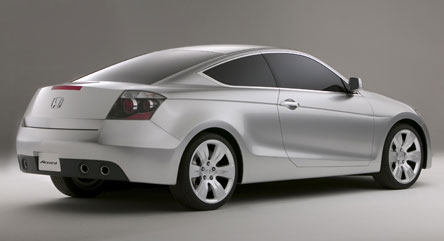 This was certainly a long time coming. We caught a glimpse of the Honda Accord sedan and then a mockup of the Acura TSX coupe variant. Those were just computer renderings and we had no way of knowing for certain how legitimate they were. Now we do.

Honda has officially announced the all-new Accord coupe concept, and it looks a whole lot more compact than I was expecting. It seems not that much bigger than a Civic, in fact, except it has a somewhat Mustang-esque front end and a Tiburon-like profile. Unveiled at NAIAS in Detroit, the Accord coupe has a “long hood, deeply sculpted lower body and fastback roofline.”

Under the hood is a “more powerful and lower-emissions V6 engine”, said to provide “higher fuel efficiency with the incorporation of Honda’s next-generation Variable Cylinder Management (VCM) technology.” And yes, it’s got variable valve timing too, via Honda’s i-VTEC system.

Alas, this is still a “concept”, so we’re not sure how indicative this coupe will be of the production model. 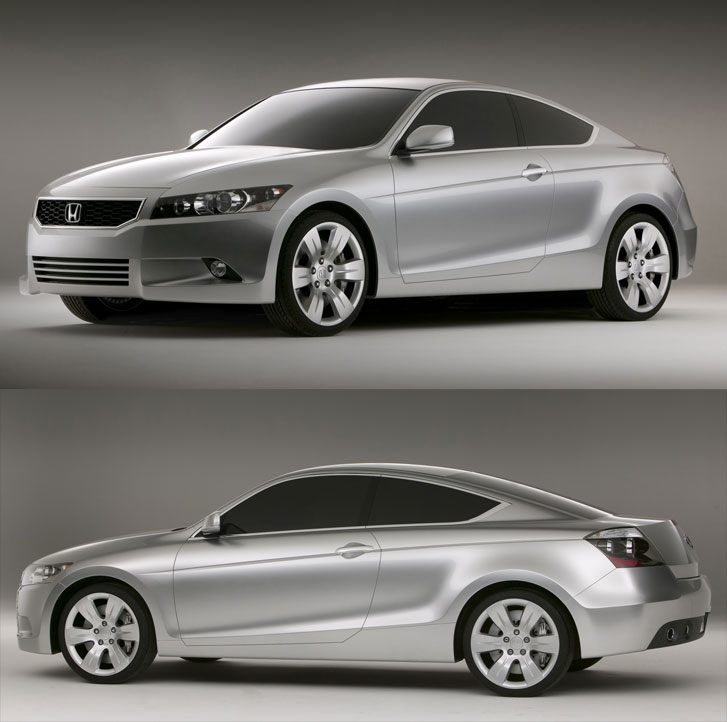