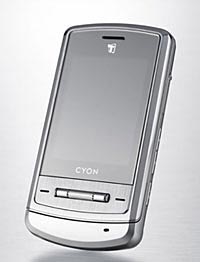 Growing tired of your Chocolate phone already? Fear not, because LG is gearing up to ship its successor — the LG Shine — to both the United States and the European Union. Rather than having a delectable exterior, the Shine brings a more metallic taste to the table. You know, because it’s shiny.

The LG Shine is a slim slider phone and is a part of the company’s Black Label series, much like its Chocolate cousin. The features on this fashionable handset aren’t exactly groundbreaking — 2 megapixel camera, Bluetooth, MP3 playback — but they’re good enough for most people’s needs. The little scroller thing in the middle is a nice aesthetic touch, though I’m not sure how good it actually is for navigating through the menu.

What’s of particular interest is that LG has both a CDMA and a GSM version of the Shine, meaning that it could very well land on just about any carrier. Jason Chen of Gizmodo is predicting that Verizon will get it first, given the strong relationship between the two companies (they got the Chocolate in the States first, as well as the enV).