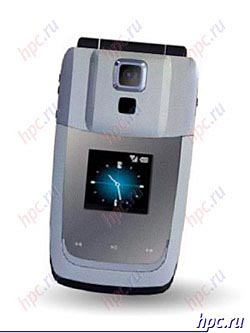 Everyone seems to like most of the offerings coming out of the HTC camp, and the Taiwanese WinMo phone maker keeps dishing out handsets that we can’t help but love. The HTC Star Trek flip phone has been very well received by the cell phone community, and now they’ve given it a fashionable update.

Instead of that circular window on the front, you just get a plain old rectangular one. The music controls on the face are still there, but they feature much more prominently in this “next generation” version. One nice addition is the higher-res camera, said to be at least 2 megapixels.

Weird Al asked if he liked Kirk or he liked Picard. Do you like HTC Star Trek 1 or 2?