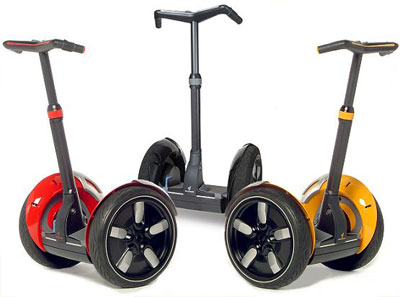 Can something so good for you be so bad for everyone else? The Segway, with its fun little premise of taking you from place to place powered only by a gyroscope, is apparently on the Red-Letter List in a growing number of countries, including, most recently, the Netherlands.

Apparently, Japan and the U.K. are also part of the anti-Segway posse, banning the rolling pedestrian carriers from sidewalks, bike paths, and even public roadways. That’s a lot of territory that you can’t cover on two wheels.

The police in Holland apparently say that the Segway’s lack of onboard brakes makes it ineligible for vehicle status, which prevents it from being ridden on the street. But sidewalks and bike paths? Where else would you ride one? Down the hallway from your bedroom to the kitchen?

Maybe that’s the point. Although Segways are gaining visibility throughout the U.S.—on city streets, golf courses, and group tours—they are encountering resistance in other countries. Apparently, for many people, Segway is no longer IT.