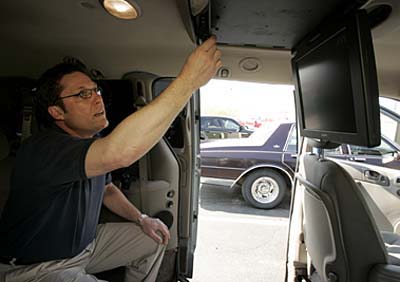 So here’s the 411 on the 911 and the iPod car integration set: The hot new onboard entertainment and emergency call capabilities are expected to create a boost in demand for in-vehicle chipsets, ratcheting up to US$5 billion by 2013, according to a leading market research company.

Strategy Analytics expects that increase to nearly double, from US$2.9 billion in 2005. Much of the increase can be attributed to a growth of in-vehicle entertainment, which will account for a majority of the new intake. That includes not only traditional audio and video but also satellite transmissions, which are becoming particularly popular in family vehicles.

Demand from the e-call and navigation sectors will be strong as well, particularly for GPS and emergency-calling devices. All of that demand will create a surge in orders for chips and devices, especially in the three biggest markets of North America, Europe, and Japan. Europe, especially, will be an area of hot demand for e-calling systems, the study said.