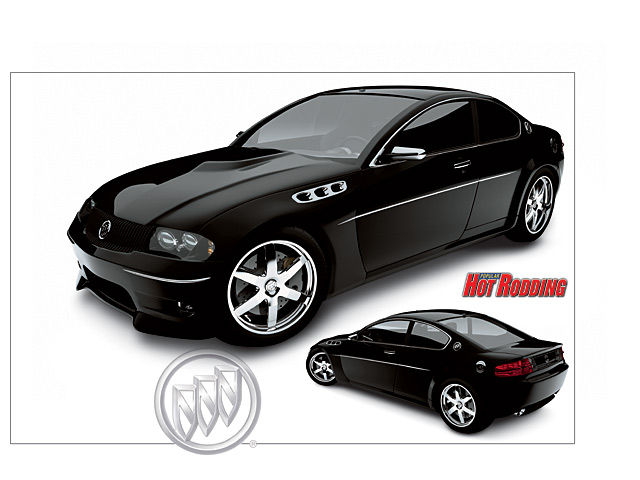 General Motors has a lot of brands under its umbrella, each tackling a slightly different segment of the market. The one badge that has been lost in the mix lately, however, is Buick. Sure, Chevrolet attacks the mainstream, Pontiac the performance junkies, and Cadillac the classier fellows, but where does Buick fit into this stable? It’s not exactly “affordable luxury” anymore either.

According to Popular Hot Rodding, what the brand needs is something they call the 2008 Buick GNX. It’s far from being a “real” car, but this concept is “the first step toward bringing Buick back to its former glory.” It’ll have the luxury of leather seats and the like, but with rear-wheel-drive and independent suspension, it could also be sporty. And that’s where they want to see Buick fill the niche: performance luxury.

The top of the line model would be powered by a 400hp LS2 V8 and would look damn sexy if that rendering is any indication. An interesting idea, but do you think Bob Lutz will bite?