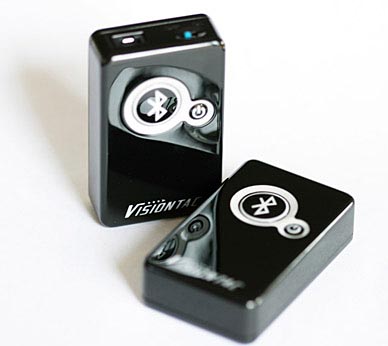 Nope, that isn’t a new-age Bluetooth pager. It’s quite a bit smaller. The Visiontac VGPS-700 is the world’s tiniest Bluetooth GPS receiver, weighing it at a mere 23,574 cubic millimeters. According to the analysis by Gizmodo, that’s smaller (by volume) than the narrower and taller Navicore Personal 2007.

Other than its impossibly small form factor, the Visiontac VGPS-700 GPS receiver doesn’t bring all that much more to the table. Sure, it comes loaded with the SiRFStar III chipset and a solid 17-20 hours of battery life, but hey, that “piano glass finish” is pretty darn attractive (a fingerprint magnet, no doubt).