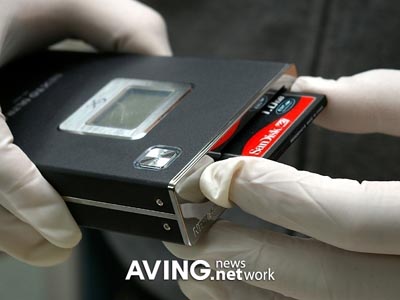 As the megapixel count on consumer-friendly cameras continues to rise, so do the image file sizes. When you go on an extended vacation, that one gig memory card doesn’t really cut the mustard anymore, and it’s in times like those that you’d consider the Nexto-Ultra ND2525. It is essentially a portable hard drive enclosure, capable of swallowing up 2.5-inch laptop HDDs. It’ll even take those disks that stash over 128GB.

Now, the idea itself isn’t particularly innovative, but where NextoDI wants to set its device apart is in the speed of the data transfer. They claim that their X-Copy technology allows a 1GB image to backed up in 50 seconds or less. That’s said to be six times faster than “current technology.” On a full charge, the device will be able to record more than 40GB worth of family photos, videos, and whatever other content you happen to want to send over.

Based on the images, it seems to only take Compact Flash cards… who uses those anymore?