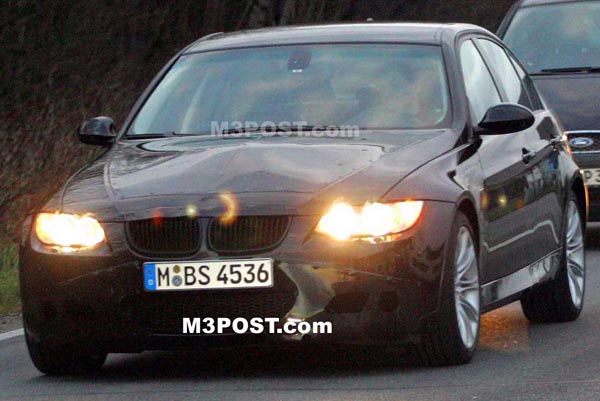 They’re obviously still going to produce the BMW M3 coupe, but word is that the 2008/2009 model will also be available in a sedan form. It won’t take on a typical sedan nose though.

Instead, the four-door M3 — the first time this has happened since the E36 — will rock a front fascia not unlike its two-door counterparts, complete with the same headlights and grille. The spy shots highlight these changes to previous M3 sedan prototypes, the latter of which rocked a typical four-door face and body except with widened fenders.

Whether this coupe-ifying of the M3 sedan extends further (to the tail lights too, perhaps) remains to be seen. We should fully expect a quad-pipe exhaust, though.