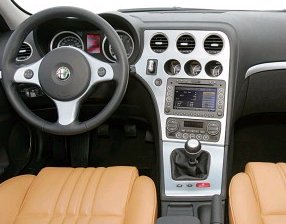 It’s hard to argue with Microsoft’s success, but they need to do more in the way of naming things. The Zune is particularly uninspiring, as is Vista. They’re not getting any better.

Now comes word that an older project is about to make its entry into the American market. We’re talking about the in-car computer system that was such a hit with Fiat drivers a few years ago. It had Bluetooth-inspired cross-platform support of mobile phones through the car’s system (which you could also control with voice commands), it had steering wheel-mounted controls, and it had other fun stuff that could distract you from driving, like having your text messages read to you. What it didn’t have was a buy-me-now name. It was called Blue&Me.

Well, word on the street is that the company otherwise known as the world’s largest exporter of Windows is in agreement with Ford to bring Blue&Me to the states, perhaps as early as next year. If this is true, then that’s welcome news to folks who like their cars to be super-functional. What we’d really like, though, is for the name to be changed, to something catch like “Where do you want to go today?” They’ve already got that one in the stable, after all, and it would be perfect for a GPS system.