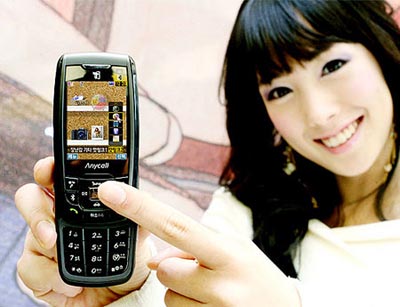 Samsung is back to their “world’s first” ways again, this time revealing the SCH-V960 slider phone, said to be the first mobile handset with an optical joystick. What this means is that you move around the menu not in a clunky 90-degree-turn kind of way. Instead, it’s akin to using a mouse on your computer, navigating in full 360 degree space.

Other nifty features include “Smart Lighting” which adjusts the backlight based on ambient conditions, a 2 megapixel camera, Bluetooth connectivity, GPS, and Samsung’s signature sliding style. The SCH-V960 is expected to hit shelves in Korea by the end of the month.