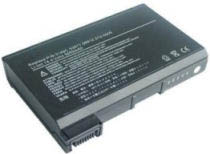 That’s the news out of Japan, as the owner of Panasonic has announced plans to crank its factories into overdrive to produce a whole boatload of new notebook batteries in the next couple weeks. Yes, they’re lithium-ion batteries. However, unlike their combusting cousins, these lithium-ion batteries pass sparking and short-circuit tests.

The company began making them in April, but recent demand has encouraged them to ramp up production. If they’re to catch up with the tens of millions of batteries that have been recalled, then they’re going to have to get moving.

If you’re one of those whose battery has been recalled, take heart.