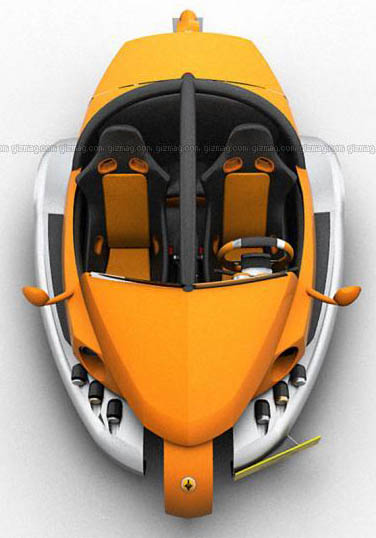 No, it’s not Anakin Skywalker’s latest Land Cruiser. What it is might amaze you.

The rather uninspired name is the DScar. It’s the product of students at Europe’s Cranfield University, and it won the innovation prize at the Styling and Technical competition of the recent running of the Societe des Ingenieurs de I’Automobile.

Enough jargon. Let’s get to the technical details. So this car looks for all the world like something out of the mind of George Lucas, but it runs on a Toyota three-cylinder 68bhp engine. It’s super-light, weighing in at just about 1,100 pounds. It’s made from mass produced car parts, stuff you can get anywhere. Best of all, the wheels are in a diamond shape, for ultimate maneuverability.

This car, which really does run, can seat three. That’s only one backseat driver, which is all to the good.