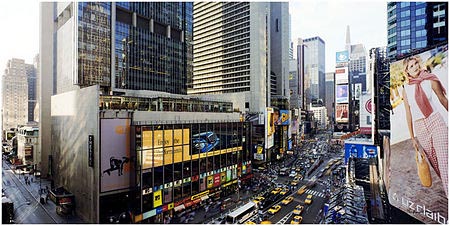 Hasselblad may have a camera with 39 megapixels, but when you check out this latest project, it’s like saying you have a 32MB MP3 player. Imaging junkies in the Netherlands got together and created a 2.5 gigapixel digital picture, dubbed to the world’s largest. To accomplish this, they employed a 4 gigapixel camera. That’s giga, not mega.

Just as 1000MB is equal to 1GB, 1000 megapixels are equal to 1 gigapixel. And this camera has four of those. As you can probably imagine, the file size is absolutely gimongous. The original picture was a jaw-dropping 7.5 gigabytes (GB) in size.

Now, it’s not like this photo was taken in one fell swoop either: it is composed of 600 individual images that were later “merged”. The endeavor took 75 minutes to complete.

The Hole – video powered by Metacafe