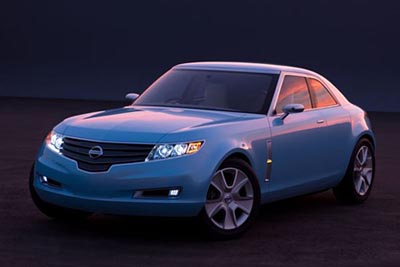 An absolute legend among the drifting community, the Nissan Silvia (also known as the 200SX and 240SX at different times in its history) may live again in a whole new incarnation. It was originally designed to be a budget-minded rear-wheel-drive vehicle that was incredibly fun to drive. The tuners of world quickly fell in love with the platform, just as they did (and continue to do) with the Skyline series, also from Nissan.

Well, as they prepare “a new 200SX”, word on the street is that the Foria Concept (pictured) is the most likely car for the job. It could be priced in an economical range ($20-22k), rock the rear-wheel-drive (a must), and boast some nice, sporty suspension. Personally, I think the concept looks a little too tame to be an aggressive sports car. It’s almost like a Sentra or Altima, no?