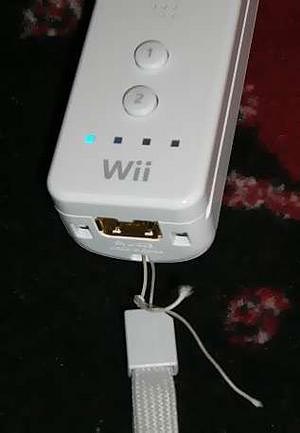 Whereas the PlayStation 2 had disc read errors and the Xbox 360 had that red light of death, Nintendo has generally been immune to launch hardware woes. Well, the big N’s bulletproof reputation is a little marred today as they have announced they will not only replace 3.2 million Wii straps, but they are also issuing a recall of 200,000 DS and DS Lite AC adapters.

Blogs like Wii have a problem brought to the forefront an inherent issue with the wrist strap that accompanies each Wii Remote controller. People were flinging their Wii-motes around, the straps broke, and much mayhem (including busted TVs) ensued. Some guy may have tested their durability, but Nintendo figures better safe than sorry, issuing a total recall. By contrast, we have no idea why they’re recalling 200,000 DS/DS Lite power adapters.

To get your Wii strap replaced, fill out Nintendo’s online form. As far as the DS/DS Lite adapter is concerned, unless you have a Japanese console, you shouldn’t be concerned (yet).