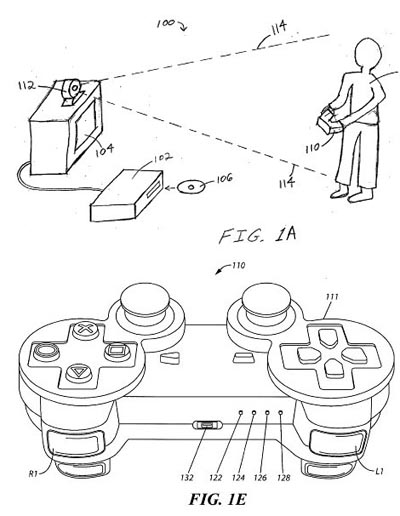 I don’t know if I should be rooting for Sony or just feeling sorry for them these days. They already tried to jump on the motion sensing bandwagon by release the Wiimote-mimicking SIXAXIS controller for the PS3, but it’s missing any sort of “3D tracking technology.” Well, they just filed a patent for exactly that.

The current SIXAXIS controller seems to understand when you tilt it, but not so much in terms of controller position and orientation. The tech sketches depict another dual shock-like controller, except it’s got some special LEDs in the front (like the Wii Remote) that communicate with a camera-like device that reads these movements (like the Wii Sensor Bar).

How about trying something original instead of just copying the hottest trend?