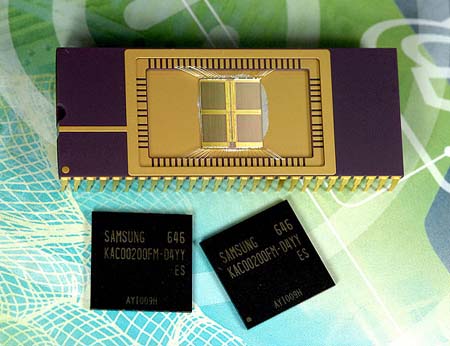 It’s just a prototype, but it has certain corners of the mobile phone world abuzz. It’s the OneDRAM chip from Samsung, and it’s a fusion memory chip that the company says can do the work of two chips. That can happen because the OneDRAM is doing the work of both the communication processor and the media processor.

Taking one whole chip out of the mix means that phones can get even slimmer without losing functionality. In fact, the opposite would be true. Other details include a five-fold jump in speed and a 30-percent reduction in power consumption. That kind of potential would certainly work well with the flood of 3G functionality that is expected to come down the pike in the coming year or two. Especially happy should be makers of applications that specialize in 3D graphics.

Look for this prototype to become a real-world handheld-enhancer by summer.