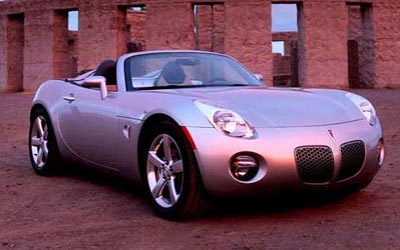 Move over Miata, we’ve got a whole new king of the budget-minded roadster market. The Pontiac Solstice has outsold Mazda’s mainstay, beating out the MX-5 Miata in terms of sales from January to November 2007. The way things are going for December, it’s going to win the whole twelve months, their first full year of direct competition.

Counting up only until the end of November, Pontiac has sold 2,500 more units than Mazda when comparing the Solstice and Miata head to head, despite the fact that it seemed pretty darn hard to get your hands on a Solstice at all. Moreover, that 2500 figure doesn’t appear to include sales of the Solstice’s sister car, the Saturn Sky, which was even more rare to find in dealerships.

Some may claim that this is little more than a novelty effect and the Miata is still the reigning king of budget convertibles. Well, it’s going to take a few more years to find out.