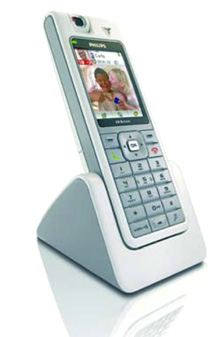 Well, lookie what we found over at the ol’ FCC. It seems that Philips has a couple of WiFi phones that are not only designed to carry your voice over a wireless airwave, but also a real-time video. There’s no mention as to whether the VP6000 and VP6500 play friendly with Skype or SIP, but it’s definitely VoIP and it’s definitely WiFi (with no cellular radios in sight).

Some of the key features mentioned in the FCC documents and the provided user’s manual include a rotating VGA camera with auto image adaption, the ability to freeze video, a large loudspeaker on the back, a 2.2-inch TFT color screen, a help function, and WEP/WPA/WPA2 support. The VP6500 has even got TV-out (the only notable difference between the two).

In the box, you’ll find the matte white handset itself, as well as a pair of 1800 mAh NiMh AA batteries, a charging dock, power supply, earphones, TV-link cable, quick start guide and user manual. The book also reminds you that will need a Broadband WiFi base station (i.e., “wireless router”) for this phone to work. Well, duh.

No word on when you’ll be enjoying a wireless video conversation, but now that they have received FCC approval, it’s only a matter of time before the Philips VP6000 and VP6500 WiFi Videophones launch. 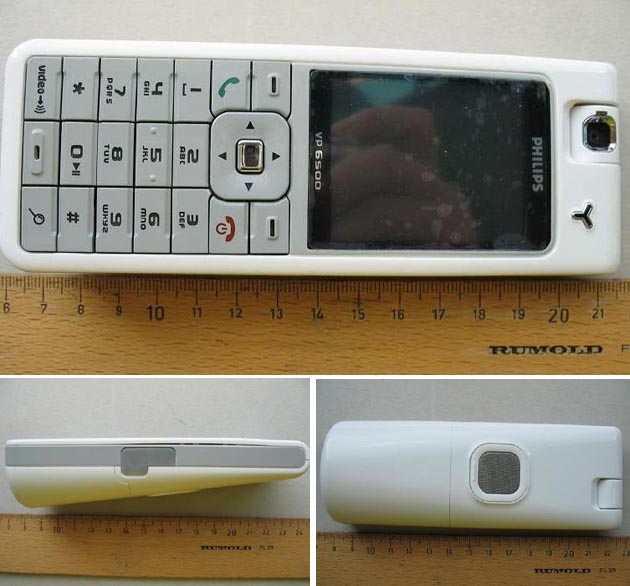