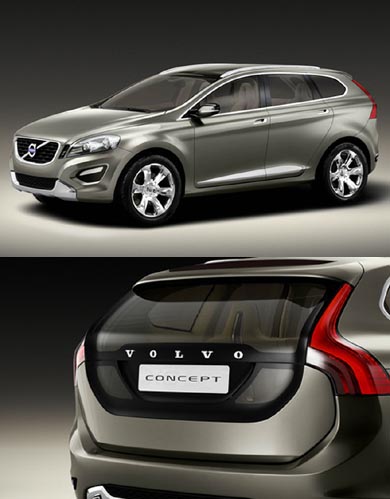 We’re not quite in Detroit yet for the Auto Show, but we’ve managed to snag a first look at the XC60 crossover concept from Volvo. Several images have been leaked, and while we can’t say for certain that the production model would bear any resemblance to the concept, we have reason to believe that it will be very close (the C30 concept and production were nearly identical).

Based on the pictures provided, the front seats will be the of the bucket-y, sport-like variety, complete with a futuristic (Apple-esque, if you will) interior. The rear will appear a little propped up, and the side windows appear to feature a tapered effect. Is this a sexy Volvo or just another people mover?