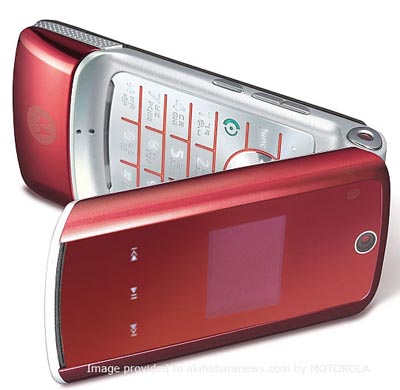 While it took them a little while before they decided to emblazon the RAZR with every color of the rainbow, the palette swap on the KRZR has come along much more quickly. Motorola has just unveiled KRZR FIRE, a flaming red version of the flipping RAZR successor. This already in addition the black version popping around the States and the blue version making its rounds in Europe.

If you’re thinking that the blazing hot KRZR Fire comes with some upgraded features, you’ll be sorely disappointed as it probably rocks the same socks as its not so fiery counterparts. And no, it has nothing to do with the RED anti-AIDS project.