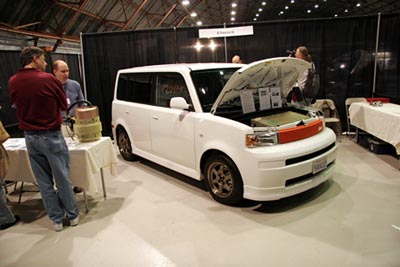 Well, you won’t exactly be able to waltz into a Scion dealership and pick up this electrifying number, but the folks at AC Propulsion have managed to convert the xB into a fully electric car. They call it the “eBox.”

AC Propulsion, a California-based company, isn’t exactly claiming to save the environment with this conversion — you’ll still have to get your electricity from somewhere, and chances are that power plant pollutes at least a little — but it certainly is paving the way to show what is possible. The eBox won’t be quite as fast as the Tesla Roadster either, but it will be able to top out at 95mph and travel for about 180 miles on a single charge (which takes about five hours).