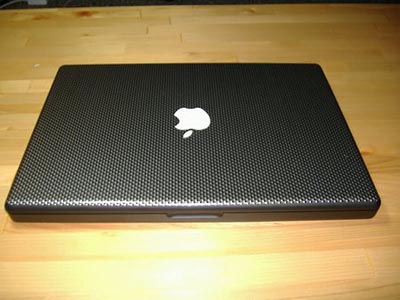 One of the biggest pet peeves that people have about Apple laptops is that there isn’t very much in ways of customization. You can either be like everyone else on the block and get a glossy white wonder, or toss in the extra few bucks to get the black variant. Someone decided that he really wanted to stand out from the crowd, and what better way to do that than to own the world’s first carbon fiber MacBook?

Before you start rushing out to your closest Apple Store, know this: it’s not really carbon fiber. It’s just a vinyl sticker that looks like carbon fiber, meticulously attached to avoid any strange seams, bumps, and wrinkles. Regardless, it looks pretty darn hot (and not in a flaming battery kind of way).