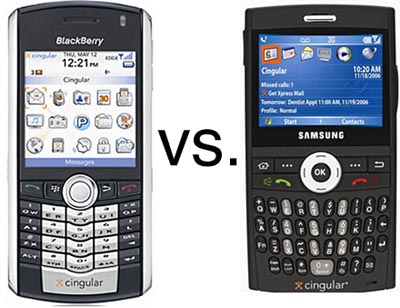 What’s in a name? Well, apparently enough that Research in Motion (RIM) has taken offence over Samsung naming their slim smartphone the BlackJack. The BlackBerry maker has filed suit against the Korean giant for trademark infringement. They’re taking them to the US Federal Court in Los Angeles.

Research in Motion has been proactively trying to protect their BlackBerry name, having already challenged RedBerry of China, for example. First someone borrows the “berry” part of their name, and now the “black”. Interestingly, I have yet to come across any company wanting to call itself Solutions in Motion or Research in Montana.

Personally, I think the Samsung BlackJack bears much more of a resemblance to the Moto Q than a BlackBerry, but I guess this is just a name issue, huh?