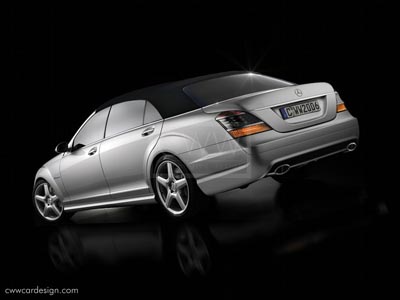 The Mercedes S-Class is probably one of the most sought after vehicles by people who want to exude class from every pore. Well, it seems like creating a four-door convertible version of the S-Class is not just a possibility, it could very well become a reality.

Based on the most recent reports from Automotive News Europe, the cabrio-tized luxury sedan will come as a ragtop rather than with a retractable hardtop, and it could be ready to hit the streets as early as the 2009 model year. A V12-powered concept of the S-Class Cabriolet will be on display in Detroit next month.