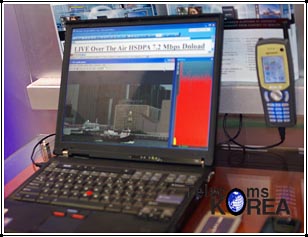 The speed demons over at Cingular Wireless are just itching to keep their foot on the accelerator as they prepare to ramp up their HSDPA speeds to an incredible 7.2Mbps. That’s twice as fast as the 3.6Mbps that is currently available to most customers across the nation.

Over at ITU World in Hong Kong, a Qualcomm official went on the record and said that Cingular Wireless would start the higher-speed service as early as next month. If you’re hoping to enjoy such speeds on a cell phone, however, you’ll have to wait a bit longer as the initial launch will likely only be of the PCMCIA card variety. The Qualcomm official also mentioned that Telstra of Australia would be launched 7.2Mbps HSDPA around the same time.