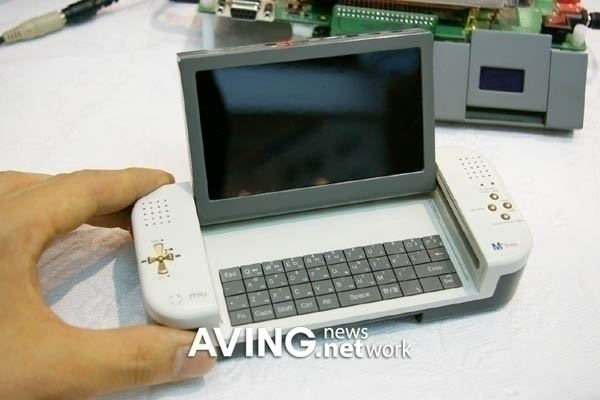 When I was a kid, I was fascinated by the Swiss Army knife. It could do anything. It had so many different parts that you could use it to do all kinds of things around the house and out in the wild.

That’s what this new device reminds of. The MIU M*free HDCP is a multi-function electronic Swiss Army knife that looks horrific, but does manage to pack everything in one.

First and foremost, it’s a computer, with a QWERTY keyboard and Windows XP onboard. The keys look to be large enough for big-fingered people like me. On the top of the viewscreen are a series of ports, including USB. Also included are an MP3 player, digital camera, and portable storage capacity.

But wait, there’s more. You can actually take the LCD out and flip it over, revealing a keypad that you can use to make IP phone calls.

About the only drawback I can see is that the LC is on the small side. If you’re playing a graphics-heavy game, then you might be squinting a bit (although not as much as if you’re playing Tetris on your iPod).