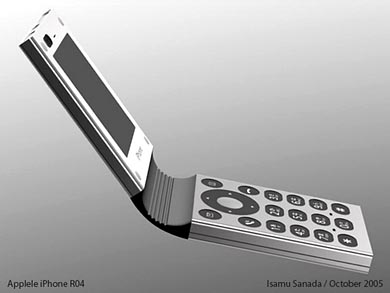 We’re getting closer to the date where Steve Jobs will grace another podium, exclaim how well his company is doing, and then potentially announce a hot new addition to Apple’s portfolio. As such, industry pundits clear round the world are taking stabs at what may be, and the latest discussion is all about the much rumored iPhone. In the video, you’ll see what CNBC has to say.

One of the key messages in their discussion is that Apple could very well be working on the second-generation iPhone already, even before the first iteration hits the market (or is announced even, though it’s unofficially been confirmed). Are they getting too far ahead of themselves or is this just clever planning?

Considering how well Apple is doing these days, and how everyone will jump on just about any new gadget the Jobsian one puts out, I’ll bet on the latter.