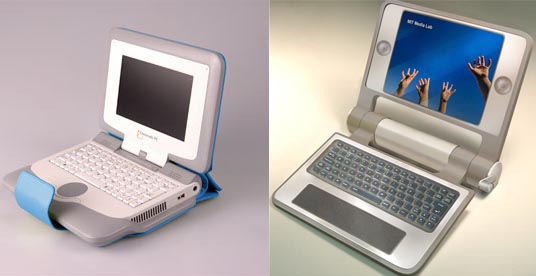 Intel is getting some competition in its efforts to bring low-cost laptops to poor children. In Brazil, at least, the government will evaluate Intel’s Classmate PC in comparison to computers from One Laptop Per Child.

Intel is making it easy on the Brazilian government by donating several hundred computers for the testing, which should be sizable and involve many schools. Assuming that the government likes what the see, it could order hundreds more of the Intel laptops. The initial price tag is US$400, but that might come down, especially given the price point on the competition, which is just US$150. One factor to keep in mind is that Intel has manufacturers already on the ground in Brazil, ready to make the Classmate PCs. The computers from One Laptop Per Child would have to come from China. That sort of shipping cost would narrow the gap somewhat, but not entirely.

One Laptop Per Child has sent a prototype of its machine to the Brazilian government, which expects to render a winner in the suddenly intense battle sometime soon. Once a provider is chosen, the government, which favors Linux over Microsoft, will choose an operating system as well. The final step will be for the winner to make computers numbering in the millions. Brazil, after all, has nearly 200 million people, the vast majority of whom have not even the hope of access to a computer, let alone a laptop in the home.