First, there was the LG Chocolate phone, a slick looking slider that had everyone drooling. Later on, we encountered flip phone and candybar variants. A little known company called Ezze Mobile Tech has sent a credit card phone to the FCC that bears some resemblance to the LG KE820.

Not much is known about this secretive handset, other than the fact that it boasts a rather slim profile, a nearly all-black exterior, and a camera with an unspecified megapixel count. There’s also some speaker on the back accompanied by a label reading “digital jukebox”, indicating that it’s got to have an integrated music player too.

We’re still waiting on information about what the phone is called, who will get it, and how much it will cost, but the FCC thinks it’s a-okay. 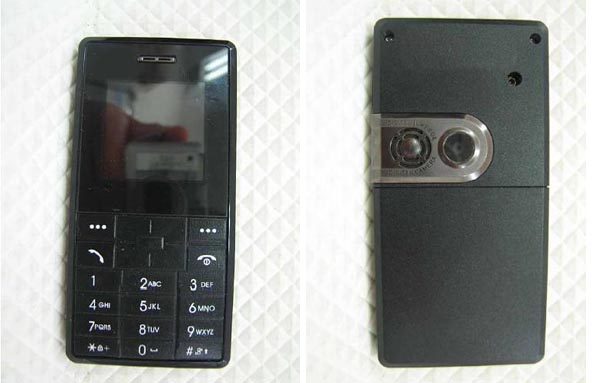