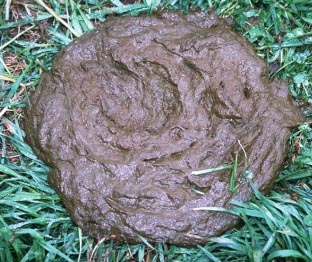 There’s organic, and then there’s organic. This would be that second kind of fuel (or kine), as the case may be.

We’re talking about dung here. It’s the source for hydrogen in a process being ironed out at New Mexico State University. Scientists have adopted a two-step program that begins with cow dung and ends with hydrogen gas.

The first step sees heavy microbial activity, as bacteria consume the manure and gives off gases, including hydrogen. The second step makes the final product through photo-fermentation. The result is the kind of hydrogen that can be used as fuel for vehicles. It’s sort of creating a by-product from a by-product.

All of this takes a lot less time and costs a lot less money than other, more established methods of producing hydrogen fuel. The supply of the initial product can be rather large as well. It’s just a bit messy and, probably, smelly. Sounds like a job for Mike Rowe.