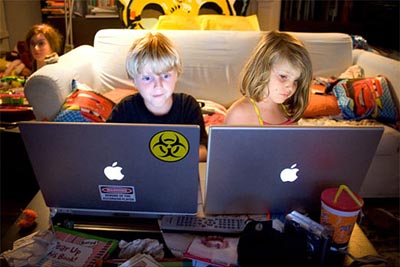 A London consumer went out to buy a MacBook for his 11-year-old daughter, opting to take the refurbished route at his local Apple store. Upon booting it up for the first time, he found that the desktop “was full of pornographic JPGs.”

The account given in the Read link below is second-hand, but the IM conversation describes how the upset buyer has filed a complaint “with the OfCom ombudsman.” Involving the government, but with no proof (he’s already reformatted the computer). Hmmph.