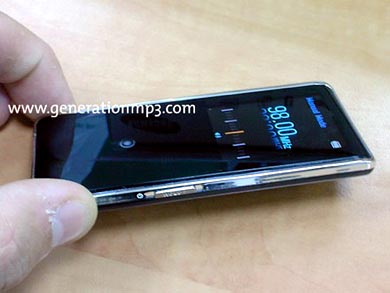 My, that was fast. Hot on the announcement that this thing even existed are a series of live shots of the Samsung YP-K5’s speakerless cousin. It was just two days ago that they revealed the Samsung YP-K3 digital audio player and here it is, in the flesh.