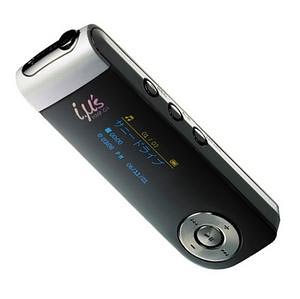 Apple may be the undeniable leader in the portable music industry, and the Microsoft Zune may have established itself as number two, but what about everyone else? Hitachi is itching to grab a bigger chunk of the MP3 player market, revealing the all-new HMP-G1 DAP.

Well, I use the term “all new” rather loosely, as there doesn’t seem to be anything that will really set this player apart from the competition other than their clever use of the Greek alphabet, dubbing this player the “i.μ’s”, or “Eye Muse.”

There’s a 2-color OLED display, a gig of Flash memory, 12 hour battery life, WAV voice recording, and support for both MP3 and WMA files (including the DRM stuff). The best guess has this priced at $104 when it hits the Asian market.